Amesbury – including Stonehenge – is the UK’s longest continually-occupied settlement

We offer private guided tours from Salisbury that visit Amesbury and the Heritage Museum. Explore the area with a local expert!

A Wiltshire town has been confirmed as the longest continuous settlement in the United Kingdom. 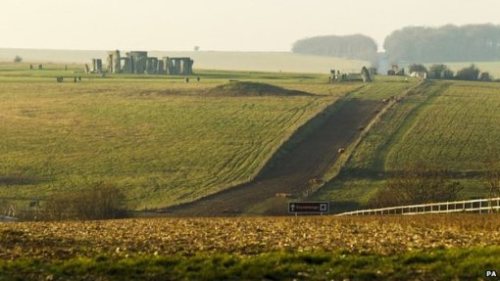 Amesbury – including Stonehenge – is the UK’s longest continually-occupied settlement

Amesbury, including Stonehenge, has been continually occupied since BC8820, experts have found.

The news was confirmed following an archaeological dig which also unearthed evidence of frogs’ legs being eaten in Britain 8,000 years before France.

Amesbury’s place in history has also now been recognised by the Guinness Book of Records.

David Jacques, from the University of Buckingham, said: “The site blows the lid off the Neolithic Revolution in a number of ways.

“The area was clearly a hub point for people to come to from many miles away, and in many ways was a forerunner for what later went on at Stonehenge…

By StonehengeNews in Uncategorized on May 6, 2014.
← Harry Potter set, Gothic cathedral and an Iron Age village: 10 reasons to visit Wiltshire The Crop Circle Information Centre is to move into the Wiltshire Museum in Devizes for the peak summer season. →