Lonely Planet has named the southern English city of Salisbury to its Best in Travel 2015 list, according to VisitWiltshire. 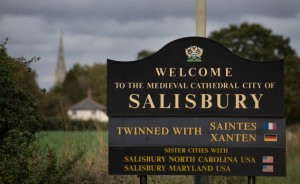 The city, established as New Sarum in the 13th century, is a common jumping off point for visitors to Stonehenge. It is also famous for its original copy of the Magna Carta; the historic document is one of four original copies in existence.

“We are delighted Lonely Planet has recognised Salisbury as one of the Top 10 Cities in the World to visit,” VisitWiltshire’s CEO David Andrews said in a statement. “We are extremely proud of Salisbury’s history and heritage such as Salisbury Cathedral and Magna Carta, as well as our arts and culture, shopping, food and drink and nightlife. Salisbury is also a great base for visitors to experience popular attractions further afield such as Stonehenge, Avebury and our White Horses.”

Visit Salisbury
Salisbury, Stonehenge and South Wiltshire is a truly unique destination. Set among some of the most beautiful countryside and with a 5,000 year old history the area is steeped in history but with its eye firmly fixed on the future.

By StonehengeNews in Uncategorized on November 19, 2014.
← Stonehenge experiment to be repeated with ‘lost’ stones Current Archaeology Awards: and the nominations are as follows… →