With a tank under a huge free-standing roof, and rigid military-like blocks, this is the first view of what a new museum for the Royal Artillery could look like in Wiltshire.

Museum bosses say that the new museum will expand to tell the story of Salisbury Plain’s military history, natural heritage and archaeology, as well as the 300-year history of the Royal Artillery, and will hope for a boost from being just six minutes away from Stonehenge and its million visitors a year.

It was announced two years ago that the present museum, currently called Firepower, would have to move from its home in Woolwich after failing to hit of getting 200,000 visitors a year. A year ago, it was announced that the museum would move to Larkhill, as part of a major movement of troops to the new super-garrison around Larkhill, Bulford and Tidworth, near Amesbury.

Council chiefs here welcomed the move, and the 50 jobs it could create, and now the museum’s bosses have announced the museum will be called the ‘Salisbury Plain Heritage Centre‘, and that they have appointed contractors Arup to build the museum to this futuristic design from architects Purcell.

“The building is designed to capture dramatic views over the gallery spaces,” said a spokesman. “It will look out over 22km of open countryside, just six minutes from the World Heritage Site of Stonehenge. The new museum will complement the unique environment of the Salisbury Plain. The new attraction will secure the future of the collection and contribute to the economic vitality of Wiltshire.

“The next stage of the project is to develop the design for a planning submission in early 2017. Once complete, SPHC will showcase a nationally important collection which tells the 300 year old story of the Gunners – and of the 2.5 million men and women of the regiment– in an interactive manner. This collection will feature alongside exhibits that detail the ecology, archaeology and history of Salisbury Plain.

“Visitors of all ages and backgrounds will be engaged by live interpretation and re-enactments, firing demonstrations, interactive displays and temporary exhibitions. Learning programmes and resources will cater for school groups, academic organisations, families and lifelong learning,” he added.

Arup’s project manager Daniel Birch added: “This really is a team effort. We are working closely with RAML and Purcell to produce a design for the museum that will allow it to sit sympathetically in this unique site of ecological and archaeological importance. We are excited to be part of such a unique project and to help realise this vision.”

A guided tour of the amazing collections of the Wiltshire Museum, followed by a guided walk from Durrington Walls to Stonehenge. This full day tour will be led by Museum Director, David Dawson.

The morning visit to the Museum starts at 10.30am and the walk begins at 2pm. We should reach the Stonehenge Visitor Centre at about 5.30pm.

The day begins with coffee and a guided tour of the Wiltshire Museum. The early story of Wiltshire is told in new galleries featuring high quality graphics and leading-edge reconstructions. On display are dozens of spectacular treasures dating to the time of Stonehenge and worn by people who worshiped inside the stone circle.

The tour is followed by a light lunch,

The walk will take approximately 3.5 hours, and starts at Durrington Walls and Woodhenge, close to the River Avon. The route passes the Cuckoo…

NEW INFORMATION LEAFLET ON THE STONEHENGE AND AVEBURY WHS

Join us on a guided tour of Stonehenge and Avebury World Heritage Sites and learn all about these important ancient sites. 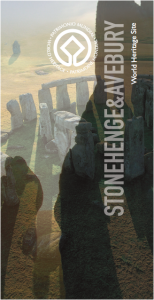 the National Trust at Avebury and in the Stonehenge Landscape play in managing the key monuments within the WHS but how the UK Government carries out the obligations of the World Heritage Convention 1972 are less well known.  This leaflet is a brief explanation of how the two landscapes of the WHS are managed.

The leaflet will be distributed at key community sites and available when the Coordination Unit attends meetings and events.

If you require copies of the leaflet please contact the World…

By RICHARD GRAY FOR MAILONLINE

The Stonehenge site has been scoured by archaeologists for decades as they attempt to learn more about the history of the land around Britain’s famous ancient monument.

But the latest discovery at the site has been excavated by a rather unlikely source – a badger.

A Bronze Age cremation site was found after badgers dug into an ancient burial mound on land belonging to the Ministry of Defence at Netheravon in Wiltshire.

Artefacts including Bronze Age tools, a flint knife, pottery and an archer’s wrist guard, dating back to between 2,200BC and 2,000BC, were discovered alongside cremated human remains at a site that sits just 5 miles (8km) from the monument.

Archaeologists spotted the site after a badger unearthed a cremation urn and left shards of pottery lying on the ground around the burial mound.

Richard Osgood, senior archaeologist at the MoD’s Defence Infrastructure Organisation, led an excavation of the site and described it as an ‘exciting find’.

Experts have said the discovery may be of similar significance to the famous Amesbury Archer, which was found in 2002.

Please read the full story and see images of exactly what was found.

The remains of 14 women believed to be of high status and importance have been found at Stonehenge, the iconic prehistoric monument in Wiltshire, England. 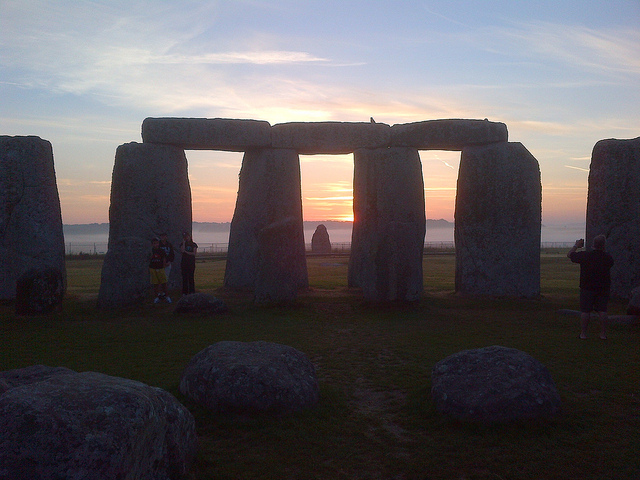 The discovery, along with other finds, supports the theory that Stonehenge functioned, at least for part of its long history, as a cremation cemetery for leaders and other noteworthy individuals, according to a report published in the latest issue of British Archaeology.

During the recent excavation, more women than men were found buried at Stonehenge, a fact that could change its present image.

In almost every depiction of Stonehenge by artists and TV re-enactors we see lots of men, a man in charge, and few or no women,” archaeologist Mike Pitts, who is the editor of British Archaeology and the author of the book “Hengeworld,” told Discovery News.

“The archaeology now shows that as far as the burials go, women were as prominent there as men. This contrasts with the earlier burial mounds, where men seem to be more prominent.”

Pitts added, “By definition — cemeteries are rare, Stonehenge exceptional — anyone buried at Stonehenge is likely to have been special in some way: high status families, possessors of special skills or knowledge, ritual or political leaders.”

The recent excavation focused on what is known as Aubrey Hole 7, one of 56 chalk pits dug just outside of the stone circle and dating to the earliest phases of Stonehenge in the late fourth and early third millennium B.C.

Christie Willis of the University College London Institute of Archaeology worked on the project and confirmed that the remains of at least 14 females and nine males — all young adults or older — were found at the site. A barrage of high tech analysis techniques, such as CT scanning, was needed to study the remains, given that the individuals had been cremated.

Radiocarbon dating and other analysis of all known burials at Stonehenge reveal that they took place in several episodes from about 3100 B.C. to at least 2140 B.C. Long bone pins, thought to be hair pins, as well as a mace head made out of gneiss — a striped stone associated with transformation — have also been excavated at Stonehenge.

Stonehenge Was Once A Complete Circle

As for why no children’s remains were found during this latest excavation, both Willis and Pitts believe that such corpses must have been treated differently. Pitts suspects that infants and children were also cremated, but that their ashes were scattered in the nearby river Avon.

“There is a common association between late Neolithic religious centers and the sources or upper reaches of significant rivers,” he explained.

Stonehenge’s location is also important because prior U.K. burial sites, which were often large mounds containing stone and timber chambers, tended to be erected on hilltops or other high ground, far away from where people lived.

While Stonehenge was also set apart from housing, it and other later cremation cemeteries tended to be on lower ground near rivers that locals must have frequented.

Pitts said this placement is “perhaps in line with a move from a focus on male lineage and hierarchy to both genders and family or class. This reflects a parallel shift from markers of territory and land (via the barrows) to commemorations of communities.”

As for the culture(s) represented by Stonehenge, Willis said the monument was built about 1,000 years after agriculture arrived from the Middle East. The people had wheat, barley, cattle, pigs, sheep and goats, but no horses yet. They did not yet use wheels, but had well-crafted stone tools. Metalworking spread to Britain at around 2400 B.C., which was well after the early stages of Stonehenge construction.

Willis said that the role of women in society “probably declined again towards the 3rd millennium B.C…both archaeological and historical evidence has shown that women’s status has gone up and down quite noticeably at different times in the past.”