The builders of Stonehenge are known to have sourced the smaller bluestones used in the 5000-year-old monument from Wales.

But a new theory suggests that the entire monument might have come from elsewhere, even the huge 25 ton Sarsen stones which make up the large circle of the Wiltshire megalith. 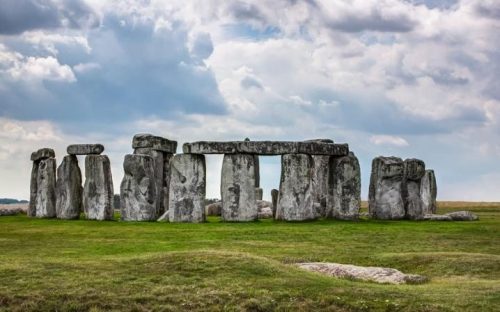 The huge sarsens at Stonehenge could have come from elsewhere

Katy Whitaker, of the University of Reading, will present a new paper at symposium at University College London next month suggesting that the sarsens could have come from sites as far away as Ken.

“Most people are aware that some of Stonehenge’s stones came all the way from south-west Wales,” she said.

“The really huge sarsen stones at Stonehenge are assumed to have come from sources on the Marlborough Downs in Wiltshire, about 30km to the north of Stonehenge. Sarsen stone, however, is found in other locations across southern England.

By StonehengeNews in Uncategorized on October 29, 2016.
← Visit the Amesbury History Centre FIND YOUR FESTIVE SPIRIT AT SALISBURY’S CHRISTMAS MARKET →