An ancient “square stone circle” has been discovered under the Neolithic stones at Avebury in Wiltshire.

The “surprising find”, which is 30m (98ft) wide, was made by archaeologists from Leicester and Southampton University.

The square of megaliths also appears to have been erected around the remains of a Neolithic house, which sat at the centre of the colossal stone circle.

It is thought to be one of the site’s earliest structures.

The discovery of previously unknown megaliths inside the monument has been greeted as a “great surprise”.

Carbon dating shows that the site dates back to 3300 B.C.

Sonehenge, the iconic Neolithic site in Wiltshire, England, has intrigued researchers for generations. In recent decades, however, archaeologists have found that Stonehenge isn’t the only ancient megastructure in that area—in fact there are a lot, including Woodhenge, the Southern Circle and Durrington Walls’ recently discovered “super-henge”. Now, new research is putting the spotlight on another monument: an ancient structure consisting of two giant wooden circles, located 23 miles away in Avebury, which predates Stonehenge by 800 years, reports the BBC. 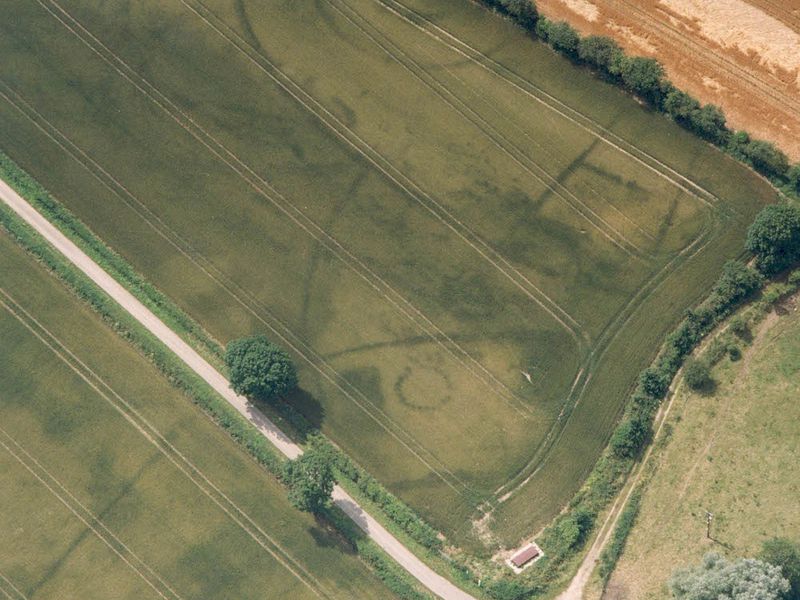 Researchers used bits of charcoal collected from the site 30 years ago to carbon date the structure to 3,300 B.C. Tia Ghose at LiveScience reports that researchers are not certain exactly what the circles were used for, but they were palisades constructed of thousands of logs that were purposely burnt down, perhaps in some sort of fire ritual. The research appears in the magazine British Archaeology.

“The date of 3300 B.C. puts the palisades in a completely different context; it’s the end of the early neolithic, when there’s a blank in our knowledge of the big monuments of the time,” Alex Bayliss, an archaeologist with Historic England, tells Simon de Bruxelles at The Times. “We have an entirely new kind of monument that is like nothing else ever found in Britain.”

Ghose reports that the site was originally found sometime in the 1960s or 1970s when a pipeline was laid in the area. It wasn’t until the late 1980s, though, the area was partially excavated. Researchers found the charred remains of the two circles, one of which was 820 feet in diameter. In total, the enclosures were made of over 4,000 trees and stretched an incredible 2.5 miles. Bayliss says it’s possible that one of the circles was for men and one for women during the fire ritual.

Constructing the monuments was no easy undertaking. The builders would have dug massive trenches, fitting oak posts into holes in the bottom. Then they would have then refilled the trenches to make the palisade.

Ghose reports that during the first excavation, researchers dated a shard of pottery to the time Stonehenge was constructed. Other finds in the area also indicated that it was in use during that time. But advances in carbon dating led to the new findings.

Mike Pitts, editor of British Archaeology, tells de Bruxelles that the new date is sure to stir up debate. “Having this massive palisade structure, not just at Avebury but even in southern England, at 3300 B.C. is completely unexpected,” he says. “The dates are so surprising some archaeologists are going to question it.”

Ghose reports that animal bones, pottery and remains of housing show that people occupied the site and nearby areas for centuries after burning the great circles, which is consistent with historical patterns in England during those times.