Building Stonehenge ‘may have been ceremonial celebration. 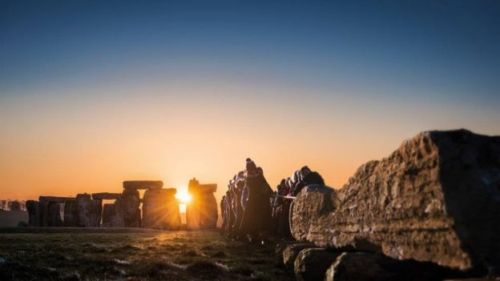 The arduous task of building Stonehenge may have been part of a ceremonial celebration, claim historians.

The circle in Wiltshire was built more than 4,000 years ago using bluestones from south Wales – a decision which has long baffled experts.

Susan Greaney, from English Heritage, said they now believed that Neolithic people did not want to make “things as easy and quick as possible”.

Building the monument was as important as “its final intended use,” she added.

Experts have tried to discover why the people who built Stonehenge chose to use some stones from the Preseli Hills, about 155 miles (250km) away.

The stones were probably transported via water networks and hauled over land, using a huge amount of labour over the long and…